How Many Names to Include in an APA Style Reference 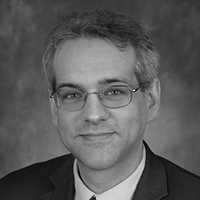 Question: How many authors does it take to write a journal article? Answer: 5,154 or fewer.

But how many should appear in the APA Style reference? The seventh edition guideline is as follows:

For a work with up to 20 authors, include all of the names in the reference. When the work has 21 or more authors, include only the first 19 names, an ellipsis, and the final name (see this guideline in the fifth and sixth bullets in Section 9.8 of the Publication Manual and Example 4 in Chapter 10).

Example Reference for an Article With More Than 20 Authors

Note that although the example above and Example 4 in the Publication Manual (Section 10.1) both show a journal article, the guideline applies to any reference that has more than 20 names in the author element.

Why Did the Number Increase?

One factor we considered for all potential updates to the seventh edition was whether a change would simplify the research and writing process. We wanted to eliminate as many obstacles or “hoops” one needs to jump through as possible when writing references. We also needed to ensure that researchers properly credited their sources.

For references, one thing we heard was that remembering when to apply “the ellipsis rule” and getting the format right was difficult (and annoying). This was partly because writers had to apply the guideline in too many references: It is not uncommon for a source to have seven, or eight, or 12 authors, for example.

One proposed solution to that problem was to include all author names. However, we know that it is also not uncommon for journal articles in medical and other fields to have dozens or even hundreds of authors (or as many as 5,154, as noted at the beginning of this post!). Clearly, asking writers to list every author for every reference was not a workable solution.

Instead, we compromised on the number 20. This has several benefits to you as an author and researcher:

In a printed article, for example, the reference above, which has the maximum number of author names included, is about 1.5 lines longer than it would be in sixth edition style. Furthermore, because the in-text citations for works with three or more authors now shorten to “et al.” immediately, the effect of a longer reference list is somewhat mitigated.

For authors who use a reference manager, this probably won’t result in any more typing, as the software automates the process regardless of how many authors are in the reference. In choosing the number 20, we weighed the needs of journal authors and journal editors, who have article lengths and page ceilings to consider but who also want authors to be properly acknowledged in articles and in research databases.

Have you ever been a seventh (or eighth or ninth) author? It’s time to celebrate: Your name will now appear in APA Style references! Let us know what you think in the comments below.

The guidance in Section 9.36 about shortened URLs is (a) optional and (b) applicable only to references that include a long or complex URL.

Publisher locations are no longer included in APA Style references for books and book chapters.

The “Issue” With Issue Numbers in Journal Articles

Periodicals are works published on a regular basis such as journals, magazines, newspapers, newsletters, and even blogs.