You can change direct quotations under certain circumstances. Some changes require you to explain the change, and others you can make without indicating the change to readers.

Changes to a quotation not requiring explanation

Some changes can be made to direct quotations without alerting readers:

Changes to quotations are covered in Sections 8.30–8.31 of the APA Publication Manual, Seventh Edition

Changes to a quotation requiring explanation

Other changes require you to alert reader to the change:

If the quotation contains an error, it is necessary to indicate the error. 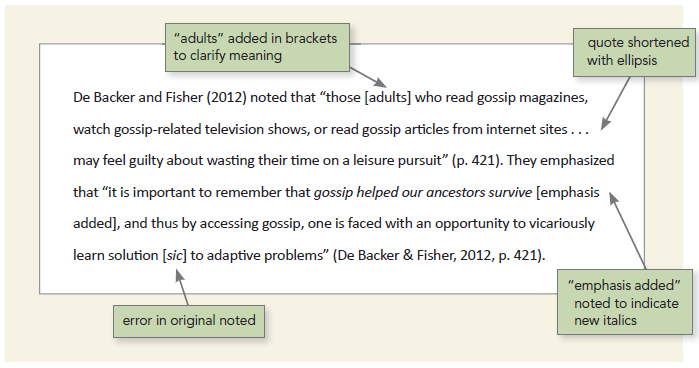 From the APA Style blog