APA Style in the news

The seventh edition of the Publication Manual has been getting a lot of buzz! All of our users across the social and behavioral sciences, nursing, business, education, and more are interested in hearing about the expanded content and improved guidance in the seventh edition. As APA Style is mentioned in the news, we will update this page. 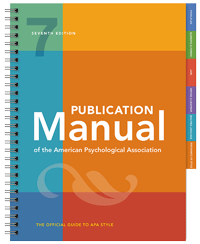